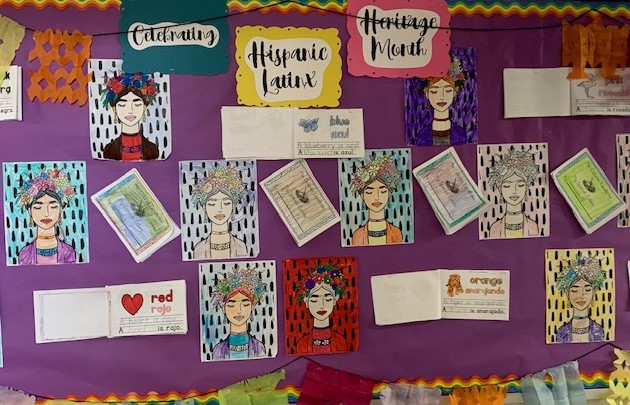 Ground was broken for St. Dunstan School on October 28, 1951. Nearly two years later, in December 1953, the school opened for students in grades one through five. Over the next three years, grades six, seven, and eight were added. In 1977, the kindergarten classroom was completed and St. Dunstan became a K through 8 Catholic Elementary School.

The Sisters of Notre Dame de Namur, who commuted from Notre Dame Convent in Belmont for nearly eleven years until the convent at St. Dunstan was completed, originally staffed St. Dunstan School. In 1972, these Sisters were called to serve elsewhere, and a special committee was formed to ensure that the school remained open. A school board was formed and they, Pastor Norbert Feebly, and others in the parish began a search for a religious order to continue the Notre Dame Sisters’ work.

The Sisters of Mercy from Doon in County Limerick, Ireland, came to St. Dunstan School. The Mercy Sisters administered and taught at the school from 1972 until 1990, along with lay faculty and staff. During their tenure, a number of physical improvements were realized. These included the addition of the kindergarten class in 1977, construction of the Parish Center and Religious Education Office in 1983, and the refurbishing of a multipurpose room in 1986 that now functions as the math classroom for grades six to eight. The Sisters of Mercy returned to Ireland in 1990. From that time to 2004 St. Dunstan Catholic School has had an all lay administration and faculty. From 2004 to 2009, Sr. Mary Lorraine Mullins, SM was the only sister on staff and served as the school’s Learning Specialist. In 2009 to 2011, Sr. Dee Myers, BVM replaced Sister Lorraine in the same capacity. Although the Sisters of Mercy no longer reside at St. Dunstan, their educational legacy continues through the work our current faculty and staff do.